Sort by:
type
title
year
description
Type published content
Title Until Their Feet Leave the Sand
Year 2006
Whit Richardson highlights the lives of two families, whose husbands are deployed in Iraq. Richardson explores how the wives live together during the deployment, and the conversations they have with their husbands overseas.
Issue 61-62, 2006 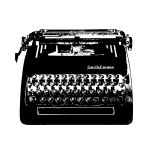 Type Writing
Title Until Their Feet Leave the Sand
Year 2004
Whit Richardson highlights the lives of two families, whos husbands are deployed in Iraq. Richardson explores how the wives live together during the deployment, and the conversations they have with their husbands overseas. 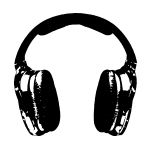 Type Radio
Title PTSD and Marijuana
Year 2013
In order to treat his PTSD, Ryan Being was prescribed a long list of drugs and medicines that had negative effects on him, until he began using medical marijuana. Chris Remington documents how medical marijuana changed Being's life for the better, and highlights how Veterans Affairs are struggling to manage patients who use medical marijuana.

Type Writing
Title Why We Walk
Year 2010
David Bersell documents the efforts of the Maine Walk for Peace, Human Needs and Veterans Care, a group that will cover 128.6 miles by foot to raise awareness on the human, economic, and environmental costs of war. Bersell highlights the work done by Veterans For Peace during the walk. 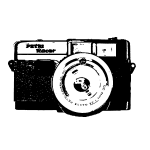 Type Photography
Title Until Their Feet Leave the Sand
Year 2004
Elizabeth Claffey captures the lives of two families, whose husbands are deployed in Iraq.
Type published content
Title Lost in Translation
Year 2008
Fleeing Iraq because of their cooperation with American forces, former interpreters have found a new home in Maine. Genevieve Lysen documents the lives of Iraqis living in Maine, and discusses the difficulties they face here in America finding work.
Issue 65, 2008

Type Radio
Title Kwan
Year 2011
Serving as an Arabic translator in the U.S. army during the Iraq War, Kwan Malwal returned to Portland and decided to start his life over again. Clay Bolton documents Malwal's decision to get divorced and the importance of being a father to his children.

Type Radio
Title The Veteran's Block
Year 2013
For veterans that end up in prison, there are programs that help to rehabilitate them for society. Elizabeth Jenkins speaks about the veterans block at Kennebec Correctional Facility and the services the program at the prison offers to veterans.

Type Radio
Title A Soldier's Story on Film
Year 2012
Being injured while serving on combat duty in Iraq, Matthew Pennington suffers from PTSD, and is working towards recovery. Damian Biniek documents the experiences that Pennington had in Iraq, and how he attempts to recover from his PTSD through self-identification of his symptoms for other veterans after appearing in a short fictional film.

Type Radio
Title Waiting for Jarod
Year 2006
Waiting for her son to come back from Iraq War, Marjorie Richard speaks about her sons military service and waiting for him to come home. Meghan Vigeant highlights how Richard takes around a cardboard cut-out of her son so she can still feel close to him, and having dealt with the lose of a child already.
123